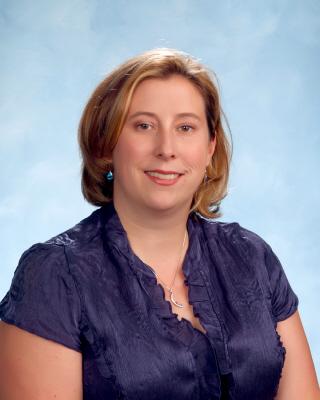 Jolie Geluk is an alumni of Oakmont High School.  She went on to earn degrees from Sierra College, UC Davis and National University.  She was a student athlete in high school, and continued at Sierra College and UC Davis, mainly competing in track and field, but also playing basketball for two years at Sierra.  Prior to becoming a teacher she worked in the financial industry for E*Trade and Edward Jones Investments.  While she enjoyed the fast-paced world of finance, she found that she was drawn to teaching and working with youth.  She volunteered with Big Brothers/Big Sisters and Junior Achievement while working in the world of finance.  When the post 9/11 market struck, she made the decision to go back to her roots, and original career goals to become a teacher.

Jolie was a substitue teacher in the Roseville area while working on her teaching credential, and in the second year of the program she moved to London, England, where she continued to work on her credential through National University's online program.  The biggest value to her as a teacher was the opportunity to work as a full time teacher in London, in a diverse range of schools.  She worked at a variety of schools while in London, including Winchmore School, Grey Court School, The Godolphin and Latymer School and Tiffin Boy's School.  While in the UK Jolie taught Biology, Chemistry and Physics to students aged 11-18.  She also held the position of Assitant Curriculum Leader of Biology at Tiffin Boys School.  While in London, she became an active member of the rowing community, and competed for Vesta Rowing Club, as well as becoming a rowing coach for Tiffin Boys School.  Jolie spent 8 years in London.

While in Europe Jolie got married and had 4 children.  The whole family moved back to California in 2010 and she worked for one year at Sacramento High School in Oak Park.  When the job position for Oakmont High School was posted, she was excited for the opportunity to return to her Alma Mater and teach Biology.  In the fall of 2011 she returned to the home of the Vikings and joined the Oakmont Staff.

While at Oakmont she has taught CP Biology, IB Biology, served as Department Chair of Science, and on the district-wide CCAT team. In her current role as IB Coordinator Jolie is enjoying working with the whole school community to grow the program to be an inclusive, supportive, successful program and integral part of the Oakmont Campus and Community.

Jolie is also employed as an examiner for the International Baccalaureate program, and is very involved in the IB school world community, as well as a member of CAWS, the California Associate of World Schools.

In her spare time, Jolie can be found poolside, courtside or field-side as she is a busy mom with 4 active kids who are on swim teams, soccer teams and basketball teams.  She and her family enjoy traveling and spending time outside.