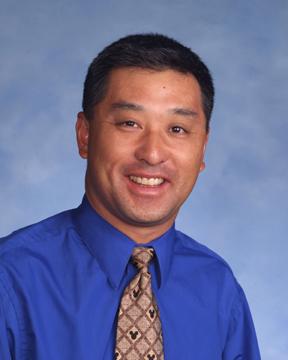 Doug Ginn has been a science teacher at Oakmont High School since 1990.  He is one of the founding members of the Oakmont Health Careers Academy and is the Advanced Medical Science, Chemistry, and Hospital Practicum instructor for the program.  He supervises the Health Academy students interning at the Dignity Health Mercy San Juan Medical Center in Carmichael, California.  He is also trained to teach Biology for the International Baccalaureate Program.  He received both his undergraduate degree and his secondary teaching credential from the University of California at Davis.  He also received his Career Technical Education Credential in Health Science and Medical Technology from the University of Massachusetts Global in 2021.

Mr. Ginn has been married since 1990 and has two children.  His wife is an elementary school teacher.  His son graduated from the University of Nevada, Reno with degrees in Accounting and Business Management and is currently working for Intuitive Surgical as a Senior Technical Accounting Analyst.  Prior to Intuitive, he worked at PwC as a CPA for four years as a Senior Accountant.  His daughter played college softball at Dominican University of California in San Rafael and graduated with a degree in Biochemistry.  After Dominican University, she earned her Masters Degree in Sports Medicine from the University of Glasgow in Scotland.  Currently, she is a medical student at the University Of Nevada Reno School of Medicine, earning her MD. His son and daughter also participated in and completed internships with The Walt Disney Company in Florida.  When he isn't with his family at Disneyland...better known as "The Happiest Place On Earth" or at Walt Disney World...better known as "The Most Magical Place On Earth," you can usually find him relaxing with them in Carmel, or cheering on their favorite team at Oracle Park(AT&T Park)....the three time World Series Champions...San Francisco Giants!  He also loves watching anything Disney, traveling to Europe, having dinner with family and friends, and coaching softball.