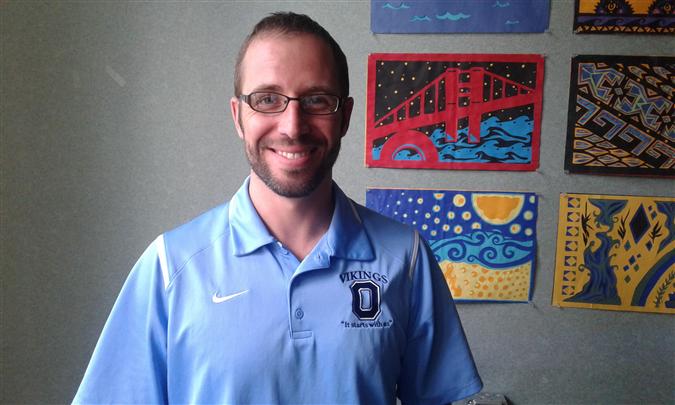 Phone: x2321 if on campus. Email me for my home phone number during distance learning, please.

Alex Wurden began his STEM career in high school through science fairs.  These projects were awarded multiple Best of Shows at the state levels and one 4th Place at the international level as well as two scientific publications in professional journals.  During this time, he worked at the Los Alamos National Laboratories in four different internships, where he developed data-acquisition and diagnostic systems for plasma, particle accelerator, and quantum optics experiments, and gained some entry-level technical experience with different kinds of hardware and programming languages.  He attended UC San Diego as a National Merit Scholar and minored in Physics while majoring in Music and Psychology with a thesis in psychoacoustics.  During and after college he worked at a tech startup company developing atmospheric plasma jet technology, and later ran a small business for three years.
He's taught 6-8th grade middle school science, Physics, Chemistry, Biology, Pre-Algebra through Algebra 2, and PLTW Principles of Engineering, and is now also teaching IB Computer Science SL too.  His teaching brings the subject matter to life with hands-on labs and projects where students are in charge, exciting demos, and relevant connections to the real world.  His classroom expects students to be high achievers, but also provides them the support each student needs to get there.
Alex is married and has two children.  He enjoys homebrewing, building custom computers, gaming, triathlon and racing, reading, traveling, kite-surfing, and winter sports.
He is currently the head coach for Oakmont's growing Esports team, was a NASEF Esports Fellow, and has also previously mentored Board Games and Strategy Club, Chess Club, Computer Club, Robotics and Engineering Club, and others.
END_OF_DOCUMENT_TOKEN_TO_BE_REPLACED
Copyright © 2002-2020 Blackboard, Inc. All rights reserved.