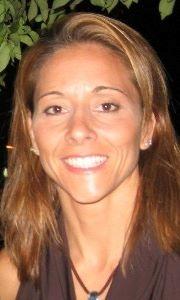 Hillery Smith grew up in Oroville, CA and has been teaching Health and Physical Education since 1992. She obtained her Physical Education Teaching Credential from California State University at Chico, where she was also a member of the women's basketball team. Prior to working at Oakmont High School, Hillery and her husband Steve, who is now retired, taught overseas at American International Schools from 2004-2012. While overseas, Hillery continued to teach Health and PE and coached many different sports with students from all over the world. She also obtained her Master's Degree while there, became a certified personal trainer, and a certified First Aid/CPR instructor through the Red Cross. Since arriving at Oakmont in 2013, Hillery has taught Health, PE9, PE10, and Athletic PE. She has also been involved in coaching basketball, softball, track and field, and golf.

Hillery met her husband Steve at a PE teaching/coaching conference at Cal Poly University in San Luis Obispo in 2000. They were married in 2002 and have two children. Their daughter, Sage, 22, attends Kent State University as a Computer Science major. Their son, Talsen, 20, attends the United States Merchant Marine Academy (USMMA) in New York, where he is studying all things martime, and is a wide receiver on the football team. Hillery enjoys playing basketball, soccer, tennis, riding horses, working out, gardening, and loves to curl up with a good book.