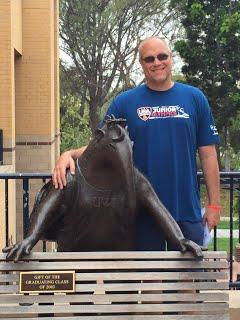 Mr. Plank joined the Oakmont family in the fall of the 2004-2005 school year where he has taught Pre-Algebra, Algebra 1, Geometry, Algebra 2, Integrated Math 1 and Integrated Math 2.  He enjoys working with teens and is highly motivated by the challenge to teach math. Mr. Plank was honored by Placer County Education with the "Teacher that makes a difference" award for the 2011-2012 school year. Mr. Plank also coaches the OHS boys water polo team (2004-2011 and 2016-Present) where he has consistently led his teams to the CIF Sac-Joaquin Section playoffs. Coach Plank was honored by the Sacramento Bee as the boys water polo coach of the year for the fall 2004 season.

Mr. Plank grew up in Santa Clara, California and attended the University of California, Irvine where he earned a degree in Economics. He spent the first ten years of his professional career in sales and marketing roles for a few software and internet application corporations. Mr. Plank enjoyed success in business, but he never shared the same level of passion for the job as many of his peers. His wife Shelley gave him the push and support to make a career change after the birth of their second child. Mr. Plank stayed home as "Mr. Mom" for two years while attending classes in the evenings at National University to earn his California single-subject teaching credential in Math, Social Science, and Business.